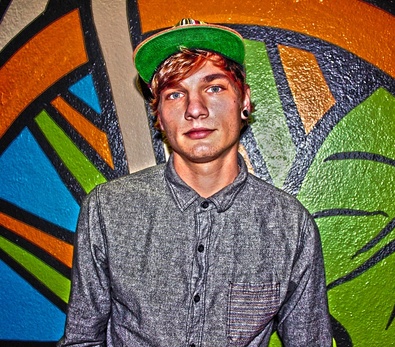 Grindall, pronounced -grin-dull- is an Electronic artist making mostly Trance, Chillwave/Step, Experimental music. Based out of Central Florida, of the United States of America. Ethan Lorenz, or Grindall, is a music producer, at the age of 23 he started putting out music for a silent film about a space outlaw named Like Gannon who was chased to earth. Deciding to spread to other concepts he decided to start another project called "Sgurd." he put out in 2015. As of right now the album is incomplete but free to enjoy at the links below. His influences range from Com Truise, Sweet Valley, Knife Party, Pink Floyd and more as he creates his, "Own take on Trance Music". If you enjoy his music it is free to download on the band camp website, but if you feel like donating to the artist you are also welcome to as well.
To make the music he uses a few different programs and controllers. Using Logic Pro, and Mac Book Pro, MPD 32 and some guitar he makes his spacey entrancing tones. He spent a short time at Full Sail University where received his equipment and made a few friends to help  teach him some new tricks, and that is where his story began and his idea of Grindall became more than just an idea he talked about and now a living being.
As an artist, Lorenz has a few opinions about music that forms the way he views and makes his music. When talking with him he had this to say, "Most of the stuff you hear now, both on and off the radio are variations of the same thing. So I just try my best to stray from the path while creating a story in peoples heads with just sounds. 'Tonal art' is what I like to try to make...to make you feel, or think a bit deeper. I put a lot of me in my music, and I just hope that people can feel something from that, you know?". - Ethan Lorenz(Grindall)